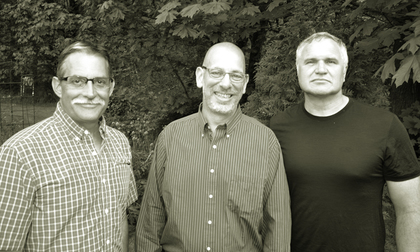 With deep global experience in Incident Management (Fire Department, Special Operations) and Critical Infrastructure (fiber networks, data centers, oil and gas, power systems), we combine a unique mix of expertise and ingenuity to maximize IT Uptime in your organization. We’ll show your team how to respond to IT emergencies more efficiently, more predictably and more confidently with strong incident leadership.

Our customers are global cloud service providers, Fortune 500 Enterprises and Developers who incorporated IMS into their ITIL, DevOps, Agile, and Lean Practices.

We pioneered the use of IMS in IT Operations!

Rob is on the curriculum development team and teaches Special Operations at the U.S. Fire Administration’s National Fire Academy. Rob authored Hazardous Materials: Awareness and Operations and serves on the Fire Engineering magazine editorial advisory board, and the Fire Department Instructors Conference executive advisory board.

Ron led technical and operational due diligence teams on over $19 billion of telecommunications and Internet Mergers & Acquisitions (M&A) transactions, including the 5th largest transaction in history at its closing. Ron developed and communicated key financial messages during the sale of $14 billion of public equity, debt and convertible debt securities, across 10 international roadshows and 8 trading desks, and managed relationships with 21 sell-side research analysts and 25 of Level 3’s largest shareholders and bondholders. Ron presented at investment conferences sponsored by Goldman Sachs, Citigroup, Morgan Stanley, Merrill Lynch, Bank of America, Credit Suisse, UBS, Oppenheimer and others and at company sponsored investor & analyst days and has been quoted in Business Week, USA Today and numerous trade publications.

Ron has advocated technology public policy to Members and staff of United States Congress, Commissioners and staff of the Federal Communications Commission (FCC) and Commissioners and staff of the California, Illinois, Massachusetts and New York Public Utility Commissions (PUC), notably testifying before the House Subcommittee on Telecommunications and the Internet on E-911 and Voice over Internet Protocol (VoIP) policy. Ron is a volunteer firefighter, and former Chair of the Emergency Preparedness Commission in Mill Valley, California and a technical peer reviewer for FEMA’s Assistance for Firefighter Grant (AFG) program.

Since 1995, Chris has served as the Conference Planning Chair for the International Hazardous Materials Response Teams Conference, which is the largest worldwide conference of its type and is sponsored by the International Association of Fire Chiefs (IAFC). Chris is a technical working group member of the National Fire Protection Association (NFPA) Hazardous Materials 472 standards committee, which is used worldwide and outlines the training requirements for hazardous materials and WMD response.

Chris has authored the following textbooks: Hazardous Materials Incidents (3rd Edition); Hazardous Materials Air Monitoring & Detection Devices (2nd Edition); Hazardous Materials Response & Operations; and Co-Authored Special Operations: For Terrorism and Hazmat Crimes. These texts have been adopted in WMD programs in the FBI, Secret Service, Department of Defense Emergency Response Training program and the Federal Law Enforcement Training Center. A number of states use these textbooks as part of their mandatory training programs for all emergency responders. In addition to writing numerous articles in trade magazines, Chris is also an Editorial Board member for HazMat Responder World Magazine.

Chris serves as a technical consultant to numerous manufacturers for product, services and new technology development in the fields of air monitoring, hazardous materials and terrorism response.  Chris conducts threat assessments and on-site building vulnerability assessments for protection against terrorism threats and attacks. In addition to those listed above, Chris has developed, or participated and delivered training programs for US Marines Chemical & Biological Response Force, National Security Agency, U.S. Fire Administration’s National Fire Academy, and various state and local police agencies. In addition he has provided training and consultation to more than 50 companies and cities, some of the companies include DuPont, Allied Signal, Honeywell, Northrup Grumman, Smiths Detection, Thermo Scientific, Battelle, SAIC, and a number of military assets. He has provided training for cities in 43 states.

Ashley Vidal, Program Section Coordinator
Ashley’s career spans 10 years in NYC (the 5 boroughs), Philadelphia, and across Texas, during which time she worked on the front lines as well as in program development and management. Her work was focused on the intersections of homelessness, those living with chronic health conditions, mental health struggles, and the LGBTQIA+ community. She has worked in multiple settings including emergency shelter, transitional, and permanent housing, where she collaborated and crafted grant proposals to support and expand those programs.  Ashley has advocated on the city and state levels in NY state, as well as in D.C., regarding protecting and expanding life saving programs, and services focused on education, awareness and addressing stigma around LGBTQIA+ folks, those living with HIV, Hep C, and experiencing homelessness. Ashley was also in management at a social enterprise based in Texas, where she  developed outreach strategies for nonprofit partnerships, and designed fundraising companies.

Richard Brooks
Chief Brooks recently retired as Chief of Emergency Services for Cecil County, Maryland. Richard served for 25 years with the Baltimore County Fire Department. Through his career he held many positions including Instructor, PIO, Haz Mat Administrator, and EMS Shift Commander, retiring in 2004 as Commander of Hazardous Materials. From 2004-2007 Richard was a defense contractor for CSC serving as a Senior National Security Analyst assigned to the Defense Threat Reduction Agency, on the International Counter-Proliferation Program. This program is focused on the reduction of illegal materials being transported across international borders. He served as Team leader and exercise manager for numerous programs, as well as multi-national exercises on the Black Sea and the Adriatic Sea. Richard has been a member of the volunteer fire service in Maryland since 1973. Over the years, Richard has been the recipient of numerous awards and decorations including the Baltimore County Fire Department Medal of Honor.

Timothy  P Butters
Timothy Butters has over 45 years of emergency operations/management experience with federal, state, local governments, and the private sector. He is a past committee chair for the International Association of Fire Chiefs, and served as Operations and Finance Section Chief with the National Capital Region Type III Incident Management Team. Butters has deployed to support local emergency management operations for Hurricanes Katrina and Ike, wildfires, and presidential inaugurations. He recently served as Logistics Section Chief for the Arlington County, Virginia COVID-19 Response program. Prior to that he was regional coordinator for the Virginia Department of Emergency Management, and administrator for a program in Washington DC established to prevent the use of radioactive dispersal devices or improvised nuclear devices as WMD. He worked with 28 state and local public safety agencies as well as senior federal, state, and local government agency executives and elected officials. Mr. Butters has also held senior positions with organizations such as the Federal Aviation Administration, the federal regulatory agency responsible for the safety and oversight of transportation of hazardous materials, the City of Fairfax Fire Department, Chemical Transportation Emergency Center, International Association of Fire Chiefs, and United States Fire Administration/Federal Emergency Management Agency (FEMA). Mr. Butters holds a bachelor’s degree in Business Administration and Economics from James Madison University.
Rick Edinger
Rick has worked in public safety services for more than 48 years. He has served as a firefighter, medic, telecommunications dispatcher, hazmat responder and chief fire officer assigned to fire suppression, EMS, emergency communications and emergency management roles in several states. Chief Edinger currently serves as chairperson of the National Fire Protection Association (NFPA) Technical Committee for Hazardous Materials / WMD Response.  He retired in 2018 as Deputy Chief of Emergency Operations from Chesterfield County Fire and Emergency Medical Services (CFEMS), a metro-sized, all-hazards, emergency response organization in central Virginia. Chief Edinger holds a Bachelor of Science degree in Fire Science Technology from Columbia Southern University and is a graduate of the National Fire Academy’s Executive Fire Officer Program. He also holds a number of certifications in incident management disciplines and has deployed to state and national level incidents. His areas of expertise include incident and organizational management, organizational safety, and risk avoidance.

Toby Frost
Toby was a senior project manager for large commercial general contractors specializing in university, municipal, industrial projects, and Job Order Contracting. In 1999 he transitioned to the fire service. He is currently a Captain with the Lafayette Fire Department in Indiana. He is a Team Leader for their HazMat Team and is the founder of their Illicit Lab Response Team. Toby has also served as a leader for the Technical Rescue Team and the Water Rescue/Dive Team. He is a member of the Indiana DHS District IV Incident Management Team. He is a department instructor for fire fighters, recruits, and local industry teaching fire science, technical rescue and hazardous materials. He is a continuing lecturer at Purdue University in the School of Natural Resources and Environmental Sciences.  He has presented across the country at hazmat conferences including the IAFC International Hazardous Materials Conference, The Hot Zone, and at the Fire Department Instructors Conference (FDIC). In 2018, Toby was recognized by the IAFC Hazardous Materials Committee with their “Level A” Award and in 2019, the “In the Zone Award”, at the Hot Zone Conference. As a contract instructor Toby has helped train federal, state and local responders across the country and internationally. Toby is a member of the FEMA urban search and rescue team, Indiana Task Force-1 where he serves as a HazMat Manager, HazMat Specialist, and Rescue Specialist. As a member of INTF-1 Toby has responded with local, state, federal and international partners to disasters across the United States. Toby is a principal member of the NFPA Hazardous Materials Committee. He is a current Board Member for the Indiana Alliance of Hazardous Materials Responders. Capt. Frost is a graduate of Eastern Kentucky University with a BS in Fire Science Engineering Technology and a graduate of the National Fire Academy - Executive Fire Officer Program.

Andy Graham
Andy has 43 years of experience in the fire service as a firefighter, paramedic, and on the technical rescue team focusing on critical situations involving high angle, water, confined space, trench and structural collapse. In that arena he also served as a liaison between government agencies and private enterprise. Andy held the position of the Duty Chief and liaison between Fire & Medical teams and outside law enforcement for outdoor events ranging up to 80,000 participants, and lead large scale burn operations using the same Incident Command System taught here. Andy served as the Training Coordinator and now the Chair of the regional mountain rescue team coordinating technical rescues in conjunction with other mountain rescue units,  Department of Emergency Management, state and local law enforcement, US Park Service, the Coast Guard, and Navy helicopter resources throughout the Pacific Northwest. He has lectured at national mountain rescue conferences on topics such as aircraft recovery, rescue techniques and radio communications, and has served as a lead instructor in numerous technical courses including advanced auto extrication and rope rescue. Andy also volunteered several months in parts of Asia and Latin America, helping set up incident response systems and providing training and technical support to front-line personnel and administrators. He was a member of one of the first initial disaster response teams on the ground in Haiti following the 2010 earthquake. His overseas experience also includes liaison activities between emergency services, politicians and the media. Andy currently consults with media production companies to ensure set safety, including water safety, high angle scenarios, and covid-19 protocols. In his spare time, he practices efficient radio communications from the cockpit of a small airplane, and leads extended whitewater trips in wilderness areas such as the Grand Canyon.

Melissa Irish
Melissa has over 30 years of experience in public safety through both the fire service and the military reserves. Her fire  experience includes serving with a municipal department as a Firefighter, Lieutenant, Fire Investigator, and Captain. Notable responsibilities include program management for Wildland Firefighting, Hazardous Materials, Health and Wellness, and Firefighter Respiratory Protection. Melissa has been a business advisor assisting several nonprofits both in forming their corporations and obtaining their 501(c)(3) status through the Internal Revenue Service. Additionally, Melissa has legislative advocacy experience in public policy and holds multiple degrees in both business and law.